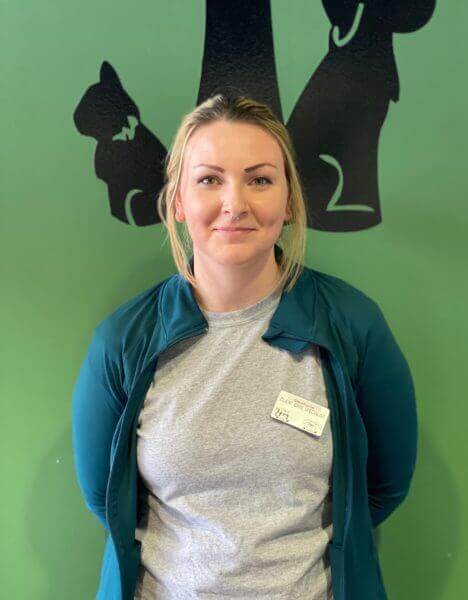 Stephanie came into this industry following her love for animals. She grew up in South Omaha and settled down in Papillion calling it her home. With a rescue Pit named Luke, an American Bully named Bella, and a son named Ben, she is both a fur-mom and people-mom! Stephanie has an immense background in customer service and prides herself on her relationship with the Papillion community. In her free time you’ll find her at one of her favorite local breweries because if there’s anything she loves as much as animals, it’s anything and everything about craft beer!

Taking care of our clients and their pets through preventative medicine is our passion. Whatever expectations you come to us with, we want to exceed those by providing excellent customer service, utilizing first-class technicians and high-quality veterinary medicine and surgery