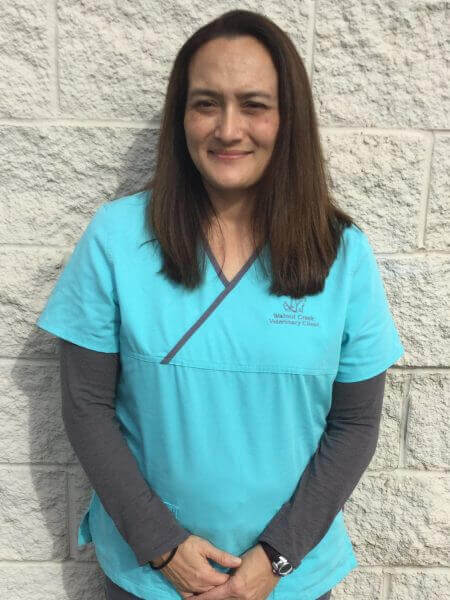 Dea graduated from UNL in 1999 with a Bachelor of Science degree in Fisheries and Wildlife Management with minors in both English and Biology. She continued her education at Vatterott and received her Veterinary Technology degree in 2007. She started working at Walnut Creek in 2012 as a Licensed Veterinary Technician. Four years later she started doing some administrative work and in 2017 she became our Clinic Manager. Her interests include spending time outdoors and traveling. Her three children include Logan, who enjoys playing X box, basketball, and football with his friends. Emily plays select soccer and hopes to follow in her mother’s footsteps someday by becoming a Licensed Veterinary Technician. Adelyn is just starting her first year of soccer and aspires to become a firefighter, police officer, and supervillain someday. They share their home with their 2 pets. Bonnie, a beautiful Scottish Terrier girl, and Bubba, a very sweet senior cat. They all love this community and call Papillion their home.

Taking care of our clients and their pets through preventative medicine is our passion. Whatever expectations you come to us with, we want to exceed those by providing excellent customer service, utilizing first-class technicians and high-quality veterinary medicine and surgery